I'm Afraid of Horses, but I Ride Them All The Time

Albatross was this stallion's name. White like the clouds from which those he is eponymized fly. Tall enough to look down on the earth as they do. I slowly mounted, a nervous grimace unhidden on my face.

The owner of the stables peered up to me, confused, "Are you really afraid?"

"Fear probably isn't the right word; more like aware of what he can do." I respond calmly, trying to mask any discomfort, knowing the horse can sense and then take advantage of it.

"But you said you've done this before...." she says slowly to show it is a half-statement, half-question.

I rode Albatross not long ago outside of Ndjamena, Chad, but this exchange has occurred between me and guides all around the world from Mongolia to Romania and from Iceland to Kenya. At almost every chance I get to go riding, I usually take it.

I grew up riding on my birthday and special occasions with my grandmother and then for a few years my sisters and I even took weekly lessons and did a short summer day-camp for riding. But, as I got older I stopped and in the subsequent years only saddled up two or three times. Then, for my 24th birthday my girlfriend at the time got us a lesson at a stable in Abu Dhabi. We both loved it and from then on we rode on each of our vacations.

Usually we did short two hour tours where we'd walk the majority but trot every few minutes, and throw in the occasional canter. It was the perfect natural activity to complement road trips, and it was something that without a doubt she enjoyed more than I did, so it was a no-brainer.

But horses in their true essence are wiley creatures. It's genuinely a joke of nature that humans have tamed such beasts who can easily throw us off, kick our jaws in, and run off faster than we could ever dream of catching up. Not to mention how intelligent and emotional they are! Clearly the Land of the Houyhnhnm was the more understandable reality. Yet, these smart, strong beings have found themselves under our command, branded by fire, castrated (though not stallion Albatross), with metal in their mouths, and nervous me on their backs!

The best way to ride a horse is to overcome the gap of species and befriend one, to regularly and consistently ride the same horse, to feed them and clean them and to show that you have some worth and thus shouldn't be pummeled. But I don't even use the same toothbrush that many days in a row, so riding the same horse twice.... I do not.

This by no means results in it always being a bad idea to ride a horse on a fun vacation. In the right situation, with the right horse, it can be a lovely experience.

The right horse is obviously a trained one. A good horse can be controlled like a stick shift, signaled once to walk, twice to trot, three times for canter, and (I've been told) four times to gallop (I don't dare). Furthermore, and importantly, they stop quickly on command and can be steered almost effortlessly. I also like a horse that's not too hungry because yanking their heads up in the middle of a bite just always feels rude.

The right situation is a quiet environment without cars or motorbikes to scare the horse. Surprisingly, horses are very easily spooked and when they're scared it leads to an experience for the rider that is more like the mechanical bull and less like the carousel. It also helps if the horse is on a track that they know well because it diminishes surprises and is easy for them to navigate and feel at ease.

My best experience riding horses was on Sir Bani Yas Island in Abu Dhabi, UAE where the horses at the stable are happy, healthy, and calm and the track is gorgeous but not distracting in any way. The guides are also fantastic; giving information on the horses and the park. An absolute 5 star experience.

A bad experience is, of course, the opposite of the above. An untrained horse in an uncomfortable situation. For this I have two words: Work. Horse. No horse that is normally used to pull cargo, plow fields, round up cattle, etc should ever be ridden by a silly tourist. They are too used to freedom, too uncomfortable being saddled, and not used to be told not to run when they get scared.

My most negative experience on a horse was in Tajikistan with what were clearly work horses. I brought my horse too close to my girlfriend (trying to pass the camera- I still feel incredibly guilty) just as some dogs were coming up on the horse's other side. It obviously felt trapped and freaked out. What was particularly scary for us was that we were on a steep hill, and as he turned to run down it, my girlfriend jumped off, landing hard on her lower back. It was awful and I wish it had been me. In fact, it almost was about a year later in Mongolia. 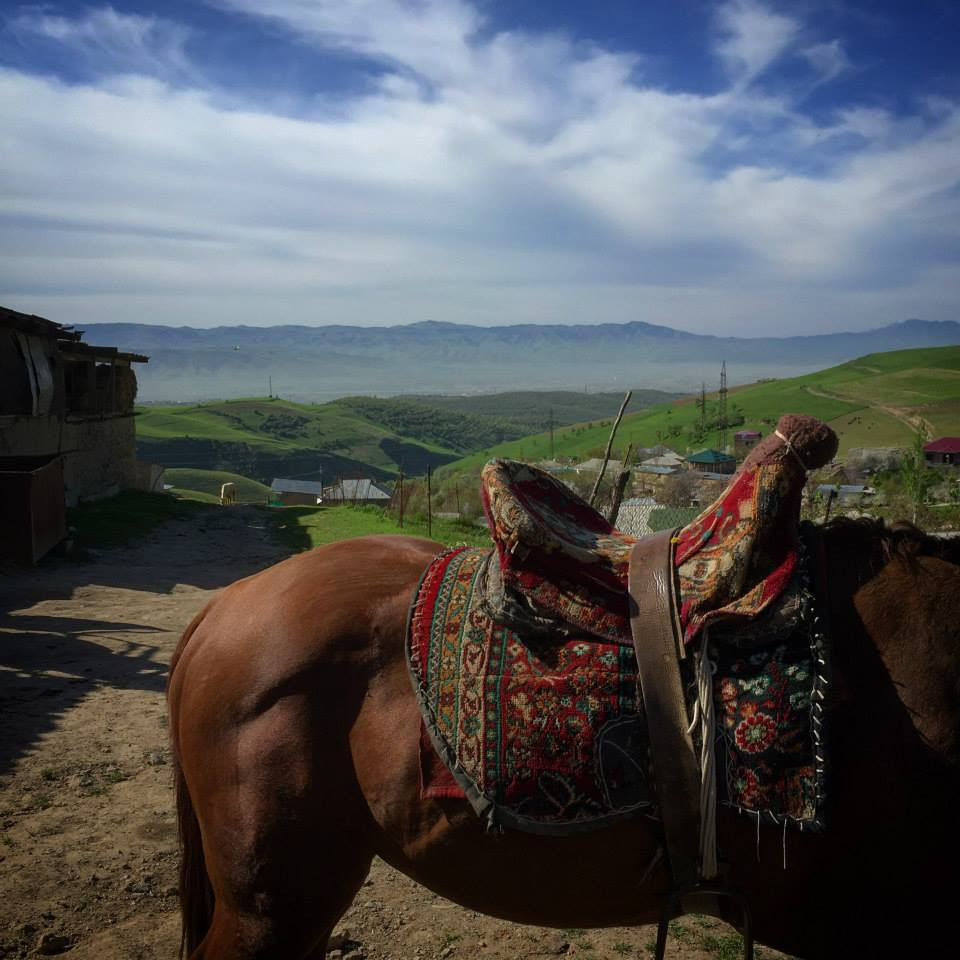 As has become cliche but is nothing but true, when you fall off the horse, you should get back on (though not the same one if it's a work horse). So a couple months later she and I had what was my favorite horse experience ever, a horseback safari in Swaziland. At Mlilwane Park they have no large predators which means that the horses feel easy to ride through. You can see zebras, wildebeest, crocodiles, and more. Also, the landscape, up and down valleys with green mountains in the distance is unbeatable.

Since then, I've gone a couple times on my own. It's mostly been positive but it's always a bit scary.

It's not just about being high and going fast, or the physical aspect of sitting and holding tight. It's not even the fear of what all could go wrong. It's the weight of managing and succeeding in the balance of working with another being, a different creature. Not just a literal balance to stay up, but also a mental one; losing just enough control to accept that you're working together with something stronger than you, but not enough for it to use that superiority to take advantage of you. It's the request for the horse to do the same. It's each of you accepting your own strengths and your own weaknesses, admitting these to the other, and asking for help to be better together.

When done correctly, it can be the most divine of relationships and I know that's why so many people find an ineffable glory in riding horses, just like we do in loving another human.

At the end of my ride with Albatross in Chad, the owner and I talked more about my discomfort and she thought out loud, "The discomfort is something we must always be aware of, but it can't be fear, it must be respect."

Have you got any fears you'd like to talk about here? Things you're afraid to do, but just keep doing?

Have a great day,